A recent piece of research led me to coin of the phrase ‘aid net-oric’ (pron: net-er-ik) – a form of rhetoric which applies to exaggerated and bombastic use of the term ‘network’ in the aid sector.

Once you start looking, you can see potential examples of ‘aid net-oric’ everywhere, from political manifestos to organisational mission statements and job descriptions. As Enrique Mendizabal and Julius Court argued back in 2005, networks are more than the latest buzzword – they may not be able to transform power relations or resource issues, but they can help perform certain functions which are challening for traditional hierarchies.

But there are serious gaps in how networks are understood. As a forthcoming ODI report will argue, many aid agencies evoke the term ‘network’ without really understanding what it means, and how it differs from other ways of organising.  More often than not, the term is a fashionable way of describing pretty standard projects or programmes.

Despite this lack of clarity, the term has seen growing use in the higher echelons of the aid world. Kofi Annan made numerous calls for the UN system to become dynamic networks akin to global businesses. More recently in a speech on modernizing multilateralism the World Bank president Bob Zoellick made the following statement:

Modern multilateralism will not be a constricted club with more left outside the room than seated within. It will look more like the global sprawl of the Internet, interconnecting more and more countries, companies, individuals, and NGOs through a flexible network. Legitimate and effective multilateral institutions, backed by resources and capable of delivering results, can form an interconnecting tissue, reaching across the skeletal architecture of this dynamic, multipolar system. Woodrow Wilson wished for a League of Nations. We need a League of Networks.”

This evocation of biology and networks is a remarkable one given the long history of dealing with multilateral institutions as ‘international machinery’ for achieving global goals. Work I did with Paul Clarke on organistional change in the aid sector suggested that ‘one of the most prevalent metaphors for aid organisations is the machine… it leads to technical recommendations, ‘levers’ for change, and re-engineering organisations for maximum efficiency’ (Clarke and Ramalingam, 2008).

As a result, aid organisations are now widely expected to act as rational entities, be equal to the sum of their parts, and use information in a logical and systematic fashion. Although this may have worked for Ford in the 1920s, most organisations do not today face or match these conditions, and very few aid agencies are among them. But the mindsets and incentives associated with machine bureacracies have proved resilient. Developments in knowledge networks and communities of practice notwithstanding, the core of modern aid agencies remains bureaucratic, hierarchical and mechanistic.

The shift from seeing aid agencies as machines cogs meshed together to participants in the dynamic global networks Zoellick describes is, on the surface of it, a significant one. But moving to a networked model of multilateral organisations will not be  easy. It calls for shifts in the ways that aid agencies are structured, managed, overseen, made accountable, etc etc etc. It will require shifts in the organsiations that support and finance multilaterals.

Many of these changes  will be consistent with implications of the complexity sciences, and there are some thinkers such as Rick Davies who have been grappling with these issues for some time. There is good work on, and by, networks in the sector, often under the wire, away from the mainstream, formal structures.

The question is whether there is the political will, the skills and the resources to bring network-focused changes about at the high level that Zoellick calls for? Is there a shared understanding of what networks are, and their implications for the aid system? Or is this just the latest in a long line of “aid net-oric”?

The jury is out. 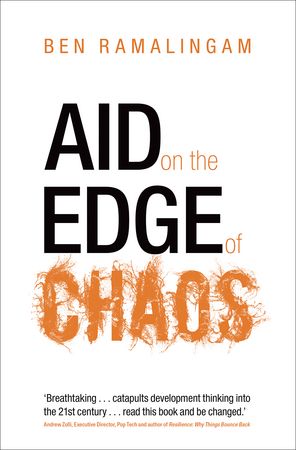