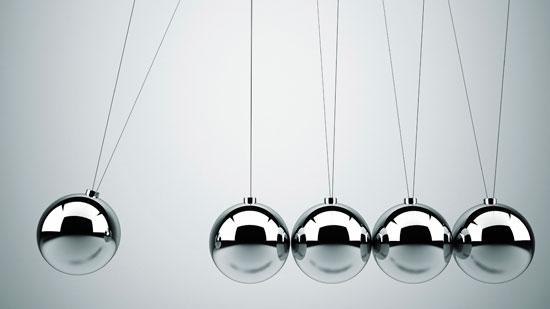 Physics Envy Can Be, But Is Not Always, Bad for Your Wealth

A wonderfully written piece in today’s FT Magazine by Stephen Foley, on the changing role of physicists in financial markets. A short extract below, and the full article is here (sign up may be required but is free for a certain number of articles).

‘…complex systems are not systematically predictable. They’re only predictable in some regimes…’ The famous bell curve described by Carl Friedrich Gauss, the humble normal distribution that underlies so many statistical models, might explain most phenomena in a financial market but Stanley, professor of physics at Boston University, is interested in the levitating forks, the outliers, the “black swans” of Nassim Nicholas Taleb’s description. This is the territory of econophysics, a discipline that sometimes sounds less like a collaboration between physics and economics and more like an attempted takeover of the latter by the former. By using the techniques of physics – poring through vast quantities of data in order to build models from the ground up, searching for patterns and, ultimately, for laws – econophysicists such as Stanley are trying to explain things that traditional financial theories do not. In the past five years alone, investors have had to endure a US housing market collapse, a global credit crunch and a stock market “flash crash”… When future historians debate the genealogy of chickens and eggs up to the credit crisis, one question will be whether rocket scientists came to finance because of its increasing complexity or whether finance became increasingly complex because of the rocket scientists.

“I think a lot of physicists were probably hired for the wrong reasons,” says Jean-Philippe Bouchaud, a statistical physicist and professor at Ecole Polytechnique outside Paris who, for two decades, has run one of France’s most successful hedge funds. More absorbed the financial orthodoxy than were able to change it. “They were not left enough intellectual space to criticise the Gaussian world they were asked to absorb as quickly as possible. We just had no time to say, ‘this seems fishy to me and I want to think it through’. The dogma effect of the [financial] community was very, very strong before 2008.”

The first generation of physicists-turned-financiers had never been under the illusion that their elegant pricing models were God’s truth, says Emanuel Derman. In 1985, the particle physicist was one of the first to swap physics work at Bell Labs for a job in finance, and his memoir, My Life as a Quant, about his years at Goldman Sachs, is on many a Wall Street trainee’s bookshelf. In 2009, as markets melted, he co-authored The Financial Modelers’ Manifesto, urging the quants to sign a kind of Hippocratic oath: “I will remember that I didn’t make the world and it doesn’t satisfy my equations.” Models are only metaphors, Derman says now, repeating the warning he has given a thousand times to his financial engineering students at Columbia University, New York. People are not like apples, dropped from Newton’s tree; by describing the financial world, one changes behaviour. Models only work until they don’t. “Don’t take your model so seriously. Rather, use your model, put it to the things you can see. Then use it to interpolate to things that you can’t measure – and hope that it more or less interpolates directly. And when the world blows up that model is going be bad and the interpolation isn’t going to work.” Derman’s warnings are not being heeded by everyone. Physicists continue to aspire to scoop in outlier phenomenon and to divine laws that can be used to predict the future, despite the daunting complexity. They reject the notion that financial systems tend towards a theoretical equilibrium and instead go hunting for inspiration in nature. Markets may be more like a body of water whose surface is constantly disturbed by new events and information, creating great waves whose energy is dissipated beneath the surface. Or they may be like the weather or the shifting tectonic plates, whose hurricanes and earthquakes are the culmination of many tiny interactions.